Global Equities: US equity markets were spooked by large spikes in interest rates during the week, raising concerns about how high they may go before the Federal Reserve would step in. The benchmark Treasury rates, which have been increasing since their lows in late summer, jumped above resistance and swiftly dinged bond prices and momentum-style equities whose lofty valuations had been justified by these low rates. As such, the Nasdaq Composite Index led the way to the downside, falling by -4.9% during the week. The Dow Jones Industrial Average fared much better, falling by only -1.7% thanks to more modest valuations and large-cap financials benefitting from a perceived boost to profitability. The de facto tightening of financial conditions adversely affected international emerging markets, as the iShares MSCI Emerging Markets ETF (EEM) fell by over -6.6% on the week.

Fixed Income: The slow jog of rising interest rates turned into a sprint mid-week, as rates across the yield curve began to jump on weak demand during a new issue offering from the Treasury. The move prompted the European Central Bank to announce that they were paying attention and would act if necessary, to maintain accommodative policies into the future. Essentially, it may attempt yield curve control by focusing their purchases at certain maturities along the interest rate curve, which is a statement so-far not explicitly endorsed by the US Federal Reserve. Treasury bond prices led fixed income to the downside, followed by investment grade corporates, then high yield corporates – highlighting that it is not a credit-induced worry for markets.

Commodities: Oil prices continued higher during the week, unfazed by the turmoil in debt and equity markets and only pulled back late on Friday as the US dollar started to make a comeback. Market participants seem to have come to consensus that demand is on-track to meet the diminished global supply and continue upward pressure on prices. WTI finished the week near $61.50 per barrel after a greater-than 3% drop on Friday from the weekly high, near $63.75. International Brent crude prices finished the week near $64.40 per barrel. Gold prices were stung by the rise in real interest rates, falling by nearly 3% to $1,730 per ounce.

Q4 GDP Revision: The US Commerce Department has released its second estimate for 2020 4th quarter real gross domestic product (GDP), increasing it slightly from 4.0% to 4.1% thanks to boosts to housing construction, business inventories, and government spending. These offset a negative revision to consumer spending, which is the largest contributing portion of US GDP. Full year 2020 GDP remained unchanged, at a -3.5% contraction, while estimates for 2021 remain optimistic in the mid-to-high single digit range.

Initial Jobless Claims Fall: First-time claims for unemployment benefits fell significantly during the week ended 2/20, according to the US Labor Department. The figure of 730,000, though still historically elevated, was well below recent reports as well as the consensus estimates well-above 800,000. California (-50,130) and Ohio (-46,259) accounted for the largest drop in the number of new claims, while Illinois had the largest increase (12,575). Continuing claims, or those receiving unemployment benefits for 2-weeks or more, fell by 101,000 to 4.42 million.

Home Prices Increase: Both the Federal Housing Finance Agency (FHFA) and the Case-Shiller home price measures reported double-digit year-on-year increases for US home prices. The Case-Shiller 20-city Index increased by 1.3% during the month of December and 10.1% for the entire year, with Phoenix, Seattle, and San Diego showing the largest annual increases. The FHFA reported its largest annual increase in house prices, with an 11.4% increase in 2020. The western states of Idaho, Montana, and Utah led the state increases, according to the FHFA.

CHART OF THE WEEK

The Chart of the Week is a 1-year chart of the 5-Year (green) and 7-Year (navy) US Treasury yields, representing the so-called “belly” of the US Treasury yield curve. Both have accelerated higher this week, nearly doubling since the beginning of 2021, after weak demand during a new issue Treasury auction took a toll on both Treasury bond and risk-asset prices during the week. We currently have no tactical exposure to intermediate-term Treasuries, though remain appropriately invested in the asset class within buy-and-hold strategic portions of Hanlon All-Weather Models.

Chart data provided by stockcharts.com. Commentary and opinions are those of Hanlon Investment Management.

The Hanlon Managed Account Platform offers access to Hanlon proprietary models along with models from some of the best asset managers available in a unified managed account program. We provide you with all the tools you need to be successful and deliver a world-class client experience.

Hanlon’s proprietary screening process which includes longevity, performance and an extensive due diligence process has led us to some of the finest asset managers in the world, shown below. 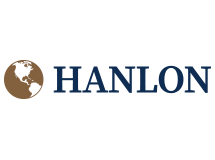 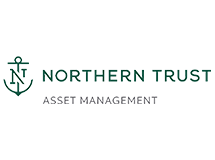 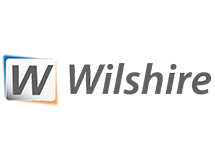 The information contained herein should not be construed as personalized investment advice and are not intended as buy or sell recommendations of any securities. Past performance is not a guarantee of future results. There is no guarantee that the views and opinions expressed in this Quarterly Report will come to pass. Investing in the equity and fixed income markets involves the risk of gains and losses. An investor cannot invest directly in an index. Unmanaged index returns do not reflect any fees, expenses, or sales charges. The use of a Financial Advisor does not eliminate risks associated with investing. Consider the investment objectives, risks, charges, and expenses carefully before investing. Information presented herein is subject to change without notice. Hanlon has experienced periods of underperformance in the past and may also in the future. Hanlon is an SEC registered investment adviser with its principal place of business in the State of New Jersey. Being a registered investment advisor does not imply any level of skill or training. Hanlon is in compliance with the current federal and state registration requirements imposed upon registered investment advisers. Hanlon may only transact business in those states in which it is notice filed or qualifies for an exemption or exclusion from notice filing requirements. This Quarterly Report is limited to the dissemination of general information pertaining to its investment advisory services and is not suitable for everyone. Any subsequent, direct communication by Hanlon with a prospective client shall be conducted by a representative that is either registered or qualifies for an exemption or exclusion from registration in the state where the prospective client resides. For additional information about Hanlon, including fees, services, and registration status, send for our disclosure document as set forth on Form ADV using the “disclosures & privacy” link at www.hanlon.com or visit www.adviserinfo.sec.gov. Please read the disclosure statement carefully before you invest or send money.